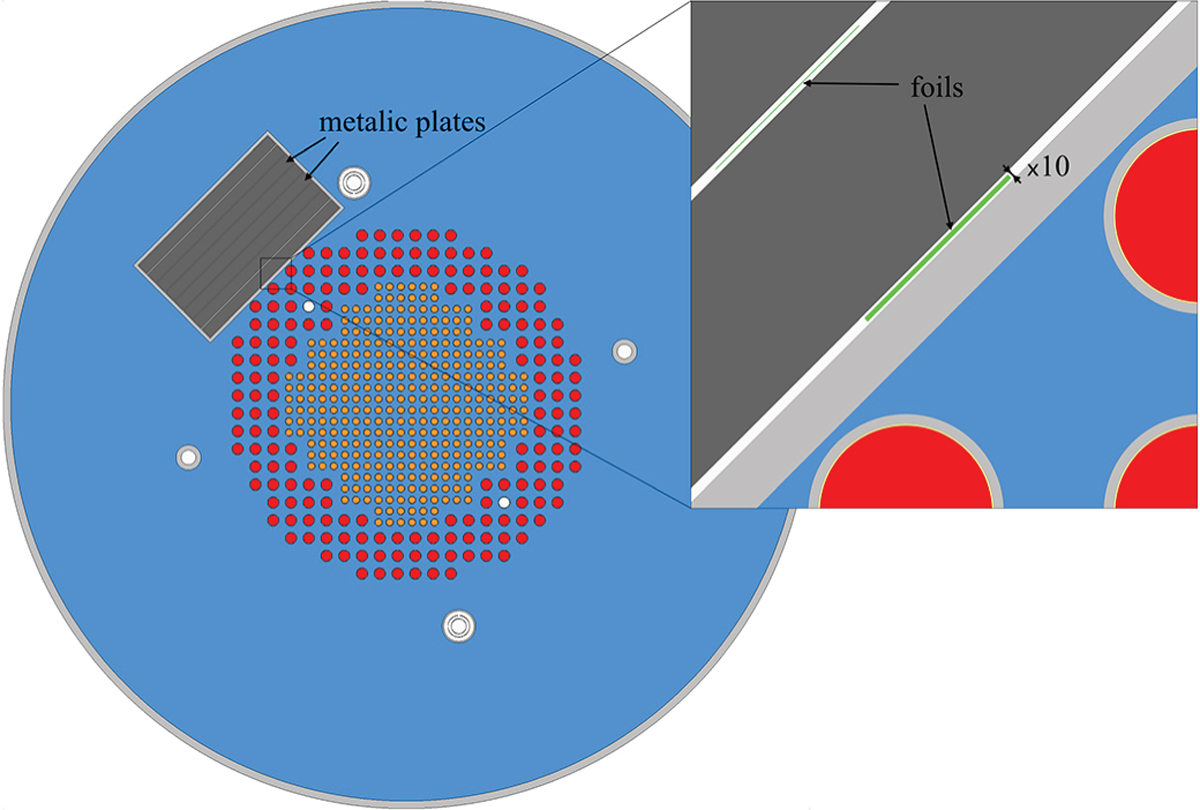 Axial CROCUS geometry represented using the Serpent2 code, with addition of the PETALE metal reflector. The oxide uranium fuel is displayed in orange, the metallic uranium fuel in red, and the water in blue. The four circles out of the metallic fuel zone are the reactor monitors, namely fission and ionisation chambers, and the PETALE experiment is the grey element at the North-West (top-left) of the reactor. A zoom on the interface between CROCUS and PETALE shows the first foil with a width multiplied by 10 in order to be visible (1 g of indium for the first foil instead of 0.1 g).